1. Easter Island Heads Have Bodies
Everyone knows about the massive stone heads of Easter Island, but this year, we learned something new about them: they have bodies! Long buried beneath the earth, photographic evidence of the stone torsos began to surface in 2012 thanks to archaeologists who were doing research on the island, which is located off the coast of Chile.

2. Emma Sulkowicz Debuts Shocking New Video
Former Columbia student Emma Sulkowicz rose to prominence this year after enacting a performance in which she vowed to carry a mattress with her wherever she went on campus (including, controversially, to graduation) until her alleged rapist was expelled. Her bravery earned her an invite to the State of the Union, but put her in the line of fire for a barrage of Internet trolls. artnet News broke the story of her first post-graduation artwork: a controversial video showing herself and an unidentified male engaged in sexual activity. She later spoke candidly to artnet about the film, her sudden fame, and being mentored by Marina Abramović.

3. Violent Stabbing at ABMB
At this year’s Art Basel in Miami Beach, a woman brutally stabbed another fairgoer in the neck using an X-Acto knife, causing a bloody and chaotic scene that many bystanders mistook for performance art. The assailant, who has since been identified as 24-year-old Siyuan Zhao, will be charged with attempted murder.

4. Naked Performance Artist Jailed
Artist Milo Moiré made headlines several times this year for her naked performance art stunts, which she enacted at Art Basel, in Düsseldorf, and in Paris, where her exhibitionism landed her in jail. Naked selfies were also involved. 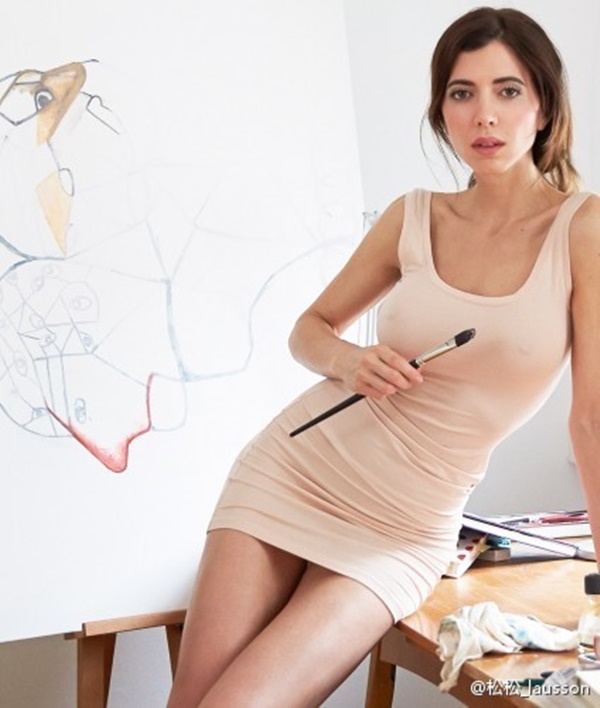 7. Björk Flops at MoMA
Klaus Biesenbach’s Björk retrospective at the Museum of Modern Art was perhaps the most loudly-echoing flop of the year, so much so that even director Glenn Lowry owned up to the exhibition’s massive failure. The rest of the art world had varying reactions: critic Christian Viveros-Faunécalled for Biesenbach to be fired, Jeffrey Deitch defended him, and Jerry Saltz set his MoMA press pass on fire.

8. #JeSuisCharlie
In January, gunmen entered the offices of French satirical weekly Charlie Hebdo, killing 12 people. In the aftermath of the attack, the Internet exploded with support for the slain cartoonists, with the hashtag #JeSuisCharlie trending for days. Despite the fact that most of the staff perished, the publication managed to produce an issue the very next week, which was viewed by many as a ringing testament to the power and importance of truly free speech.

9. Richard Prince Trolls Instagram
“Richard Prince sucks,” proclaimed Paddy Johnson following the opening of his “New Portraits” show at Gagosian. The portraits themselves, sourced from the Instagram accounts of celebrities, models, and other pretty young things, are mostly forgettable, but the debate that they prompted is definitely not. Several of the women who had their photos used sans permission spoke out (with varying opinions on the matter), while alt-pin up collective the Suicide Girls, who had an image taken from them, took the opportunity to call out Prince’s misogyny and hyper-inflated market by producing a reproduction of his reproduction and selling it for 90% less. Then, in an especially strange twist of events, the Suicide Girls actually had their Prince parody almost flipped by a collector. What a time to be alive.

10. Jay Z Shows Marina His Receipts
In an interview with Spike Art Quarterly, Marina Abramović dropped a bombshell about former collaborator Jay Z, claiming he never made good on a promise to financially support the Marina Abramović Institute following his adaptation of one of her performances for the 2013 music video “Picasso Baby.” Unfortunately for Marina, Jay keeps track of his receipts. The dispute was eventually settled, but not before Abramovićblamed the misunderstanding on her staff.